Today my friend, Morgan Garrett, is sharing her recipe for Vegan Cinnamon Apple Banana Pancakes! Morgan was actually one of my close friends in elementary school. We lost touch when I moved to Las Vegas and she moved to Oklahoma. We have recently reconnected after discovering that we have both developed a passion for healthy living over the years. I am so excited to have her sharing this recipe because I have been meaning to ask Morgan to share this recipe ever since she instagrammed her eating these pancakes a while back. Take it away Morgan!

So, I love pancakes. Seriously… Love them. I would marry them (weird? sorry…). Anyway, the constant battle is finding a good pancake recipe that won’t leave you feeling guilty for the rest of the day. I recently went vegetarian, and I was searching a website for random recipes and happened to come across this one for Vegan Apple Cinnamon Banana Pancakes. I have tried some other vegan pancake recipes, but they all seemed to lack taste. Enter this recipe… I add in some dark chocolate chips while they’re on the griddle and top them with whatever fresh fruit I have around the house (not on the recipe).

If you’re making this for a breakfast with your fam, I would suggest doubling the recipe. I usually end up with 8-9 pancakes, but I save them for breakfasts throughout the week. I was surprised by how easy the recipe was and how good they tasted. The best part is that I don’t feel guilty for the rest of the day about eating them 🙂 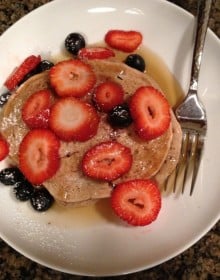 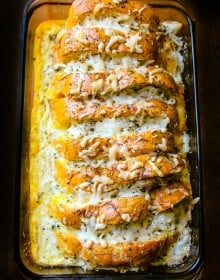 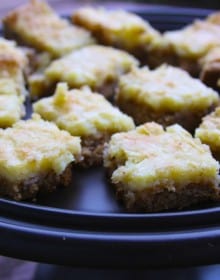 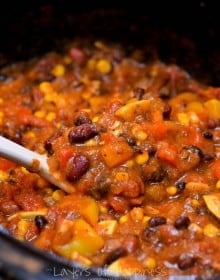 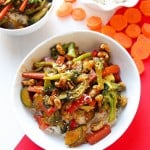 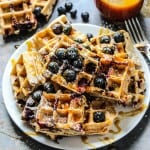 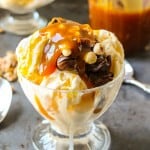 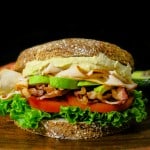 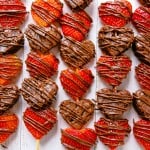